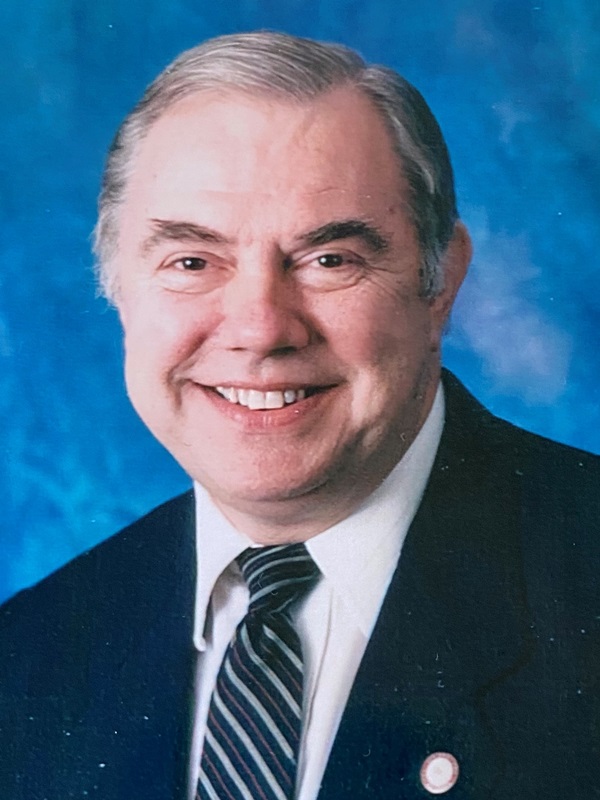 Warren Edgar Monroe, Jr., 80, of Upper Black Eddy, PA, husband of Betty Miller Monroe, passed away from a long-term illness on March 9, 2020 with his loving wife by his side.

Warren was born on July 7, 1939 in Kingsport, TN, son of the late Warren and Ann (Grills) Monroe. He graduated from Lees McRae College, in Banner Elk, NC in 1959 where he studied Religion and Psychology. It is at Lees McRae where Warren met his wife Betty.

The couple married on August 27, 1961 and relocated to Belleville, NJ. Warren is a Vietnam War Era Veteran serving in the United States Army from 1962 to 1965. He was stationed at Headquarters Battery 19th Artillery Group (Air Defense), Highlands Air Force Station, NJ and obtained the rank of SP-5. After being honorably discharged from the United States Army, Warren began a twenty-seven-year career at Matthew Bender Publishing Company in New York City where he was a Production Operations Director.

Warren was also a member of Palestine Lodge No. 111 Free and Accepted Masons in Montgomery, NJ attaining the rank of Worshipful Master.

The family will receive relatives and friends for a visitation on Monday, March 16, 2020 from 6-8 PM and Tuesday, March 17, 2020 from 10-11 AM at the Johnson-Walton Funeral Home, 24 Church Road, Holland Township, NJ. Funeral services will be held on Tuesday at 11 AM, following the visitation, with Rev. Dr. Linda J. Erkert-Bullock officiating. Interment will follow at the Washington Crossing National Cemetery in Newtown, PA.

From: Bonnie Galloway
So sorry to hear of Warren's passing. Sending love and hugs to Betty and family. I am so glad I got to meet Warren...a wonderful man with so much knowledge and love for life. Rest in peace my neighbor and friend.

From: Frank & Eva Low-Beer
Betty, Very sorry for your lost and he will be missed. As you know I loved to ride with him on Sunday in KINGSTON and he was my driver safety instructor in Kendall Park. It was 49 years I knew him. Can I say for both KPFARS and KFAS he was a great member and friend

From: Mary T Clark
I was truly blessed to have found such warm acceptance by Warren and you, Betty, and all of the family. I feel proud to have known him as my first cousin and consider you the same. A fine man, I am certain Warren is smiling from heaven. I am unable to travel from Florida and will keep you in prayer. God bless you. T.

From: Ken Sullivan
I, and the Lees-McRae College Class of 1959, are saddened by the passing of a distinguished and honorable man. He was and has remained a friend and continuous supporter of our Class activity. And Alumni activities. We pray and extend sympathy and best wishes for Betty and Warren’s family,... for their recovery and understanding of their great loss.

From: Dick Burnett
I remember Warren as a really fine person. We took him to an all-you-can-eat fish house outside of Charlotte. He never ate any fish, but had 2 plates of hush puppies..I also remember a possum got into the bathroom in the dorm, and he thought it was a giant rat. Funny as well. Sympathy to the family...

From: Jim Hardman
I met Warren long, long ago at Sand Hills Presbyterian church. We both had a love of cars and went several times to the Englishtown drag races. A particularly memorable trip was to Pocono Raceway in a beat-up motorhome. Warren thought I was a genius because I fixed things for him and did some electrical work at his houses. Although we lived a thousand miles apart for many years, we continued our relationship, visiting every year; each time a memorable visit. I still think of Warren by his "Big Bird" CB handle. He was, and will always be, my best friend.